Septuagenarians coping with a new normal.

Divorcees who never expected three score and ten to include a roommate and dislocation from all that once was.

I have watched their lives unfold.

I have laughed with them.

I have cried with them.

I have been angry with them, at them and for them.

I have grown to love them as friends and contemporaries.

I have never met them.

You see, “Grace and Frankie” is the name of a Netflix series I discovered last year.

Their husbands, soon to be ex-husbands, announce to them (around a restaurant table to waylay a scene, the husbands hope) that they are in love with each other, have engaged in an affair with one another for twenty years and now that they can, they want to get married…to each other.

Sayonara life as the ladies once knew and lived and loved.

Sayonara to a future filled with retirement and grandbabies and exotic trips around the world.

I feel their pain, their sense of loss, their severed identity.

The ex-husbands move on with life as usual with the desired partner and no drastic unexpected changes (well, maybe one).

Grace and Frankie have to figure out exactly what is “moving on.”

This is not an attempt to review the series, and I suppose some of the material should be problematic for me, but it isn’t.

Instead, I want to talk about the “lossness” with which the women struggle, loss that is palpable throughout each episode.

Who wants to be seventy years old having to figure out the rest of their life, however long that life might be?

How do you pursue purpose at a stage in life when you thought you had accomplished pretty much all you were going to accomplish by that stage of the game?

Grace and Frankie stumble and fall, regain their equilibrium to move awkwardly forward like a blind person in a unknown space.

Eventually, they become fearless and fierce in pursuit of their own voice.

Sometimes the end really is the beginning

I see you, Grace and Frankie  I see you!

A music teacher for the elementary school from which I retired asked me to sub for her tomorrow.

No big deal, two half hour sessions with Kindergarten girls.

I can do this, I tell myself.

I can stay on key.

I look over the song list the music teacher emailed to me.

Some of them are childhood memories.

I don’t remember every verse.

And if they go round the mulberry bush,

I will have to watch from the sidelines.

How many animals did Old MacDonald have, anyway?

Are they ranked by seniority?

Is the farmer still in the dell?

Is that fly still bothersome?

“Alouette” is about a nice little lark

Whose feathers we are going to pull out

Because its song woke us up?

I only knew the one verse!

Why did we sing this song all those years ago?

None of us spoke French!

My foreign language in college was American Sign Language

Heck, I just learned what those French lyrics in “Lady Marmalade”

Goodness! I hope I don’t mix them in with Alouette’s poor little lark tomorrow!

I am a blank book junkie.

My bookshelves are filled with blank books of all sizes.

Some are completely filled with my writings but most are not.

This weekend I ran across one of those blank books, one that is completely filled with my writings. 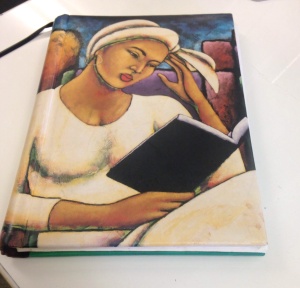 Different thoughts from a different time.

At the very beginning of this re-discovered blank book are my musings about my grandson and my granddaughter. 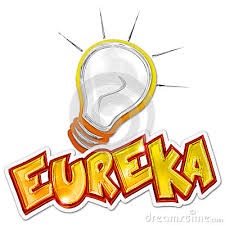 “There is something to be said for a big-eyed, toothless welcome one receives from an eight month old granddaughter, or when one is the recipient of a delighted hug from a five year old grandson.

I call him Ganny’s man. She is Ganny’s girl. Woman just sounds too womanish for a girl and Ganny’s boy sounds like . . . well, boy is a definite no-no for this offspring of the Jim Crow South.”

He calls me “Ganny,” the growling “r” having been kicked to the curb by his grandmother. His big blue eyes (or, are they grey?) draw me into their depths. He is “all boy” (as my late husband used to say). My girl rearing instincts (three daughters) keep me jittery as he dashes around corners and jumps over hurdles.

‘Mom,’ my eldest reminds me (with just a note of exasperation), ‘He’s a boy! He will be alright.’

How did she make peace with this rough and tumble mass of energetic excitement, she the oldest of three girls?

Ganny’s girl is all smiles and chortles. The dimples of her late PaPa run down the sides of her cheeks when she smiles. I make funny faces just to recall their delight.

She crawls across the floor like a wired whirlygig. Everything captures her attention and everything has to be experienced through her mouth. I watch her like a hawk but she still manages to pop something in her mouth, then gives her secret away with her “cat who swallowed the canary” look.

She is so curious, tuned in to everything that goes on around her. Sometimes, it looks as though her head is on a swivel, she turns it so fast to try and take in everything. She is going to be a talker. She talks right now — we just can’t understand what she’s saying.

One day we will and when that happens, I will tell her about PaPa and his dimples that run down the side of her cheeks.”

communicating across the boundaries of faith & culture

A Servant Who Loves His Calling

Some Say I Have a Green Thumb

“When love feels like magic, you call it destiny. When destiny has a sense of humor, you call it serendipity.”

Bridging the Gap Between Beliefs and Behaviors

Devotionals on A COURSE IN MIRACLES, A COURSE OF LOVE, and THE WAY OF MASTERY . . . with Celia Hales

Just a small town girl who writes about Christian stuff.

The Works of Lori Carlson

The essence of artful mindful living

Inspiration through my thoughts, experiences and travels