I live in the land of freeways!

For those of you not familiar with the term “freeway,” it means exactly how it sounds, not a tollway.

The only tolls I encounter on the freeway are bridge tolls.

I have have grown accustomed to bridge tolls.

The freeway lanes that lead up to the toll booths aka the toll plaza, are broken into categories. 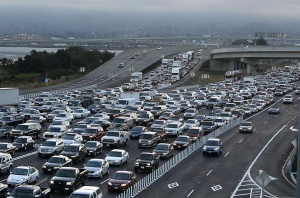 Carpool Lane: Three people in a vehicle plus a “FasTrak” device that is pinged for lower bridge toll as the vehicle speeds through.

Regular Toll Lanes: Lanes dedicated to those of us who love the creepy crawly pace to the toll booth where full fare is extracted from our sweaty palms (because of the frustrated irritated vise like grip on steering wheels).

FasTrak Lanes: The intent is as it sounds. Not enough people for carpool but drivers with the device do not have to stop at a booth to pay toll. They can speed through the plaza if such an option were open to them during commute hours.

You see, from my slowly moving forward vantage point, FasTrak appears to be a misnomer simply because those particular lanes of privilege seem to move even slower than this regular lane driver as I maneuver my way through their stop and go lanes to get to my favorite left lane which is still snail slow.

I often muse on this phenomenon as I quietly sit and rant at those drivers who cheat lanes by staying in the carpool lane until they have no other option but to move over to the regular lane and cut in front of me at the last possible minute.

Which is way I have expressly chosen not to purchase that device because as an express lane during commuter hours, it expressly is not!

Ah, yes, the joy of CityLife! 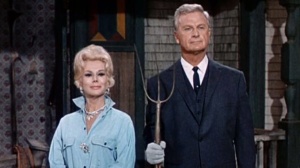 6 thoughts on “EXPRESSLY NOT!”

A Servant Who Loves His Calling

Some Say I Have a Green Thumb

“When love feels like magic, you call it destiny. When destiny has a sense of humor, you call it serendipity.”

Bridging the Gap Between Beliefs and Behaviors

Daily Devotionals on Writings Received from the Celestial -- A COURSE IN MIRACLES, A COURSE OF LOVE, THE WAY OF MASTERY, and CHOOSE ONLY LOVE

Just a small town girl who writes about Christian stuff.

The Works of Lori Carlson

The essence of artful mindful living

Inspiration through my thoughts, experiences and travels